Auckland bus drivers have been striking over “management issues” with NZ Bus.

Thai restaurant owner Charn Tiebtienrat is worried that changes to the rules around workers’ breaks will mean more disruption for his family-owned business.

From next month, changes to the Employment Relations Act will mean that all workers will be allowed a 10-minute break after two hours of work and a half-hour break after four.

By analyzing the social media profiles of 1,206 volunteers this past September, YouGov’s researchers found definitive information on where people are getting restaurant recommendations. Their findings are interesting, but not unexpected.

The only exceptions will be when an employer and employee agree these will happen at different times, or when a person is in a role that is deemed an “essential service”.

The change takes New Zealand from a situation where the employer has a requirement only to offer reasonable breaks, and generally has the final call on when they are taken, to one in which the break times are set out by law unless the employee agrees to a different arrangement.

It also removes the ability for employers to offer compensation in lieu of a break.

* Work breaks: What are your rights?

* Some employers are getting too personal with health questions

The change has prompted problems for bus services because bus drivers had previously been allowed by law to work continuously for five-and-a-half hours but now could push to stop work after two. Unions had already been arguing for better pay and conditions for drivers and are expected to push for a better deal before they agree on workable breaks.

Tiebtienrat said it could be an issue for hospitality businesses, too.

“If [staff] are required to have a ten-minute break every two hours it could be hard for us to operate because during busy times, everyone needs to go the job so that every customer gets served promptly.

“Right now, my staff take turns to have their break when the restaurant starts to get quiet, then they will go inside and eat. We provide free meals.”

He said the change was “another policy implemented by people who have never owned a business and have no clue how business is run”.

Kirk Hope: Rules on breaks will be used as a bargaining chip by unions.

Satyan Mehra used to run a Pizza Hut outlet and said it was common for fast food outlets to only have one staff member on for a few hours. “It would be virtually impossible to have another staff member come and cover the break.”

Bill Hodge, of the University of Auckland law faculty, said Labour seemed to pass laws with the country’s biggest employers in mind.

He said, while there was generally no disagreement that rest and meal breaks were a good idea for staff, the practicalities of how they were managed were different in a small business than a very large one.

He said, while there was generally no disagreement that rest and meal breaks were a good idea for staff, the practicalities of how they were managed were different in a small business than a very large one.

A big business would have no trouble managing a requirement for set breaks, he said, because they had large numbers of staff and could alter rotations to allow workers some downtime.

In many situations, those people would be in sole-charge positions. “If they have to disappear for ten minutes in the morning and in the afternoon, it could mean shutting up shop.”

But he said there had been problems with people using the compensation aspect of the law and opting to leave work early and get paid for their “break” at that point, which defeated its purpose.

Charn Tiebtienrat, pictured with his parents in his family-owned business, says the rules being imposed by this Government are too hard on small firms.

Much of the law had been written with a 9-5 Monday-to-Friday economy in mind, he said, and was hard to apply in modern situations where people wanted services to be available most of the time, most days of the week.

BUT WHO’S GOING TO MAKE YOU TAKE A BREAK?

Peter Cullen, founder of Cullen – The Employment Law Firm, said the change was one that would affect lower-paid workers whose managers might now encounter more pressure to send people on required breaks.

“At the top end, I think it will be ignored. I can’t imagine a chief executive and their direct reports deciding to have a cup of tea within the prescription of the legislation – they’ll have a cup of tea when they want to have one.”

Hodge said it was unlikely anyone would take enforcement action over a break.

“I can’t imagine in an otherwise happy workplace it giving rise to a complaint of ‘I didn’t get my break’. But in the context of ‘my manager’s a bully, they won’t let me take my holiday when I want’ in a situation where there are a lot of issues, this could be the one that breaks the camel’s back.”

Kirk Hope, of BusinessNZ, said he expected problems as a result of the law change.

He said the bus drivers’ case showed that, already, the break requirements were being used as a bargaining chip by unions.

He expected it to become a more common point of contention within employment agreements, particularly in industries where employers valued workforce flexibility. “It could occur in much of the transport sector.”

When collective bargaining had broken down, those workforces would threaten to enforce the break requirements and create disruption under law to force an agreement to be made.

“That’s a bad outcome for the workers, the public and the employers.”

Hope said his organisation had warned it was a likely scenario, and a reason why flexibility should be retained in the law.

But John Ryall, E Tū assistant national secretary, said the changes were of most value to workers who did not have a collective agreement.

“And in the private sector that’s 90 per cent of the people. If you have a collective agreement, it normally sets out and it’s pretty fair,” he said.

“But in places where they don’t, in the restaurant industry for example, if they look at the roster and they are working between 4pm and midnight, if you look at the roster there’s no breaks included. Under the old law you could approach your employer and say I need to have some breaks but they can say, oh, I can’t really let you go because we’re really busy at that time.

“So what they have done is given these breaks as a basic right and an employer knows if they don’t reach an agreement with the worker then those minimum breaks should apply.”

He said, despite what employers argued, there was still significant flexibility in the new regime.

Chloe King, an advocate for workers’ rights in hospitality through her Raise the Bar campaign, was not holding out hope for major change.

“Hospitality employers often under-staff to save on wages which means those who are working have to work twice as hard and negotiation for breaks never happens.

“I’ve worked up to 15 hours with maybe a 10-minute break and that is fairly commonplace. I personally think it is more likely that hospitality employers will breach the minimum standards of employment around breaks than actually close their doors.” 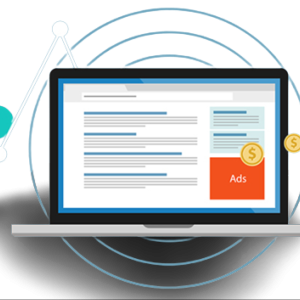